Pawing through the archives...."1961" broadcast

In 1991, just before doing impossible things before breakfast became doing breakfast as an impossibility, I worked with the Grand Rapids Radio Players on a 30 year anniversary celebration of WGVU-FM's first broadcast.  When the program aired a month later (after much shameless self promotion and talking it up among friends and family), I discovered my entire performance wound up on the editing room floor.  Such is life.
Anyway, I did have some old VHS material of some of the rehearsals, and they remained unwatched until very recently - tonight, actually.  Also, I found the S-VHS material for the live performance - one reel was only the soundtrack, the other was never actually watchable - the camera dropped every other frame during recording, resulting in a damaged document.  This was, sadly, the only video record that was made of that evening.
So, I tossed in the rehearsal footage with the crumbling remains of the live performance of that evening in October of 1991, and now place it here to show those who may have wondered that, yes indeed, I did participate in "1961: The Year That Time Forgot."
It still remains a happy memory....
Posted by The Animating Apothecary - Perpetrated by Jim Middleton at 9:52 PM No comments: 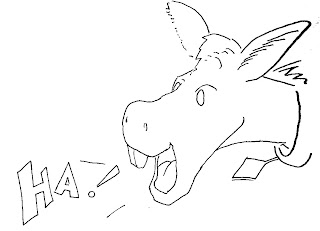 Like I mentioned, it was a looooooooooooooong seminar.....now I need a new sketchbook!

Posted by The Animating Apothecary - Perpetrated by Jim Middleton at 9:50 PM No comments: 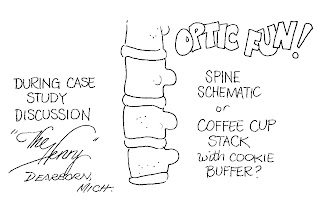 May 20 - 2011 - Dearborn - After about six hours of a conference on pain,  I became slightly distracted by an elderly gentleman nudging his way along the table in front of me. His gluteal muscles being maximus, he succeeded in knocking over each and every empty (and one partially full) cup of Starbucks' brew near the edge as he used the table as a guide for his travel.

That and my aching lower back probably served as an inspiration.
Posted by The Animating Apothecary - Perpetrated by Jim Middleton at 9:29 PM No comments:

After a four year nap.... let's rouse the keyboard 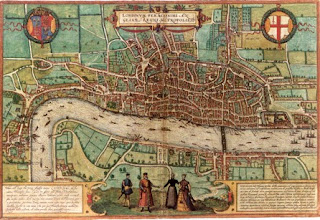 Posted by The Animating Apothecary - Perpetrated by Jim Middleton at 8:28 PM No comments: