COMING SOON TO A WEALTHY STREET THEATER NEAR YOU! 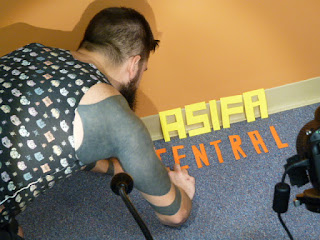 Connecting animators to animators! Celebrating the Art of Animation! Activities for ASIFA members include a hands-on animation workshop, multiple screenings and an animator’s picnic. An evening animation screening will be open to the public.

Events will be held August 11-12, Saturday & Sunday, at the Community Media Center, 1110 Wealthy Street, Grand Rapids, MI. You are welcome to come, join, network, and delve into animation.

- We gather Saturday morning at 11:00 am. Brad Yarhouse, ASIFA Central President will then officially welcome folks and open the events. New members welcome! Come and join our group, and stay for the weekend. 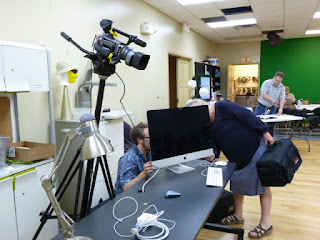 - Join the animating workshop, noon - 3:00 pm, where we will have several animating stations to undertake a short joint project. Try your hand at various techniques, such as using sand, silhouette or 2D sketching! (Bring along your favorite supplies, if you wish.)

- From 3:00 - 5:00 pm (or so), it's "Show and Tell" - SEE the wonderful animation YOU helped to create at the workshop! BRING and SHOW your own projects you are working on right now! HEAR the wonderful stories, gasps of appreciation, and praises as we share our techniques and passions! We will Premiere the new ASIFA/Central Ani-Jam, inspired by the International Animation Day poster for 2018! For "Show and Tell" entries contact Jim Middleton at jim.middletonrx@gmail.com

- Then, it is time for dinner! Wonderful food emporia are located conveniently to the Retreat. 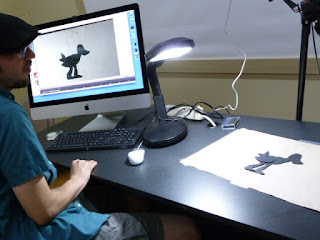 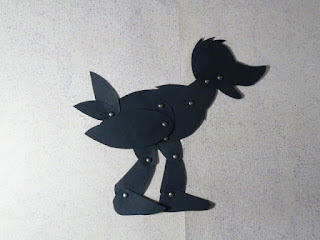 - 7:00 - 8:30 pm (or so): More animation! Bridging the past to the present, Chuck Wilson will present the amazing silhouette work of Lotte Reiniger, animation pioneer. Following, will be the Best of the Ottawa Animation Festival, celebrating new international animation curated by the top animation festival in North America. This inspiring screening is open to the public, bring a friend.

- Folks are invited to reconvene Sunday morning 11:00 am, for chatting, mingling, and our annual picnic. This event asks for a $5 participation fee to help cover costs. Picnic location will be at the north end of Riverside Park in Grand Rapids, near the Veteran's home on Monroe. The ASIFA Central Retreat then concludes around 2:00 pm.  There may be cake!

Retreat limited to ASIFA and CMC members only. Memberships available on site. 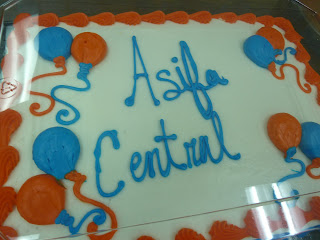 Times may be adjusted for content and space, in either direction!

Be ready to answer some questions -
1. Did you have a particular self-imposed restriction on this project (were you only going to use a specific software, this project being your self-grown tutorial)?
2. What technology(ies) did you use?  (Hardware, software, tablets, lighting systems)
3. What turned out to be your biggest challenge in this production (music rights? Software limitations?  Rendering challenges? Post production output decisions based on distribution platforms?)
4. How did you adapt to the needs of the workflow for the project?  (If it was bigger than you expected, how did you cut or create work-arounds?)
5. What turned out to be your most valuable resource?
6. And just what did you learn from all this?

Posted by The Animating Apothecary - Perpetrated by Jim Middleton at 10:15 AM No comments:

"I'll Say She Is," a 1924 Marx Brothers musical, never made it to the screen, except for a tantalizing routine that promoted their 1931 film, "Monkey Business."  Noah Diamond reconstructed the musical for a 2014 revival, and it was no small task - so many of the elements were missing, so much was pulled from previous Marxian vaudeville shows, and of course, there was profuse adlibbing.  His excellent book, Gimme a Thrill , details the show's origins and his subsequent detective work in rebuilding this lost Marx Brothers musical.

One of the songs, "Only You," by Will Johnstone (author of the musical's "book") and his brother Tom, was set to record in the pre-electric studios of the Victor Talking Machine company, and it showed up in my collection as a B-side to a Fred Waring recording of "June Night."

It isn't a great tune, but it offers a sample of what was used as a buffer between scenes featuring Harpo, Chico, Groucho, and Zeppo Marx in 1924.


The book by Noah Diamond, Gimme a Thrill, however, is much more fun, and Amazon has it.  It's probably the best Marx Brothers book since Groucho, Harpo, Chico, and Sometimes Zeppo by Joe Adamson. 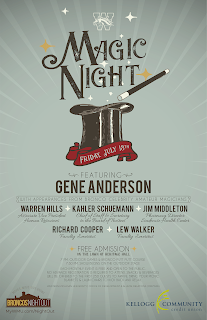 "Oh Fudge!" with GM and Dr. C (original version, before the only rehearsal revealed it to run far past its alloted 6 minutes, and that most of the visual jokes wouldn't be visible past the first row of the open air stage) (with yr hmbl typst and Dr. Richard Cooper of WMU)


GM comes on stage, with cart.  Cart contains two stands, a wind up portable phonograph, and art supplies – pastel sticks, four cardboard sheets (black on one side, white on the other).


GM goes off stage to bring in Dr. C.  Dr. C is apprehensive about being on stage.  He helps GM place the stands in front and winds up the phonograph.
(Now this whole bit has been reduced to having the posts already on stage, and GM and Dr. C coming onstage at the same time.  That saved 34 minutes alone.)


GM produces a record from the turntable, which quickly reveals to be broken.  Dr. C plays the turntable, to the surprise of GM and Dr. C.  They take a Ta Daaaa! Credit for the trick.


Dr. C’s task will be to keep the phonograph running during the presentation.
(The record was hardly visible, so we just went with the odd image of a wind up phonograph - a Birch portable from the 1940s - and a shellac record of a Hawaiian dance.  Ironically, at the end of the performance it was this record that ended up breaking.)


GM pulls up a cardboard sheet, and then a pastel stick.  He hands Dr. C a sheet as well.  They hand sheets back and forth to each other, with increasing speed, making what seems to be random marks on the sheets.


(The sheets are pre-cut to a template.  The first mark being made is along the pre-cut area.  Dr. C. will draw in the blank portion, GM will draw upon the portion with the faintly sketched lines.  We ended up with just GM doing the sketching, and Dr. C mounting the images on the poles.)


As they complete a color and move to another, they put the used stick into a bag.


First time, it goes through the bottom to the ground.


Second time, it goes through, but they have a metal bowl to catch it.  Ta-daah!


Third time, they flip the bag upside down, and the stick goes into the bag and stays there. Ta-daaaah!
(This whole bit was dropped, since nobody could tell what was going on past 10 feet from the stage, which turned out to be everyone)


GM uses the broken record as a knife to mime cutting the drawings along the pre cut template.
(Nobody could see the record, so we went with an monstrously large orange cutter.  People saw that!)


The drawings are torn apart at the cut, and are mis-arranged on the posts.


They are re-arranged to show Buster Bronco and the WMU logo at the bottom.


Ta Daahhhh!
(And that, was that - 6 minutes!)
(And one more rehearsal would have been ideal, but live and learn! Maybe next time!)

Posted by The Animating Apothecary - Perpetrated by Jim Middleton at 1:34 PM No comments:

Here are some links to publications of varying levels of interest or ability, courtesy of Lulu press:

No Time for Time, a novella for the 1980s (please excuse the special formatting of this entry)


And, as a fair warning, there is a Volume 3 in the works.  And someday, there will be a completed textbook on pharmacology.
Posted by The Animating Apothecary - Perpetrated by Jim Middleton at 10:42 AM No comments: