PBS’ "HISTORY DETECTIVES" MAKES SECOND VISIT TO CEREAL CITY
While going through her mother's collections, a Virginia woman uncovered a box of old shellac records from the 1920s. Her mother purchased the records at a garage sale a generation ago because they featured the image and name of her father-in-law, Wallace Rogerson of Chicago. Her quest for details about Wallace and the records led her to the PBS program "History Detectives," and their investigation brought them to Battle Creek for the second time in the program’s ninth season.
One of the few online sources of information for these records was written by Jim Middleton, Battle Creek pharmacist, animator, and collector of audio artifacts. So in April, the History Detective Tukufu Zuberi came to Battle Creek with the PBS crew and spent a weekend conducting an interview with "The Animating Apothecary" and scrutinizing his collection.
Was Wallace Rogerson the Jack LaLanne of the 1920's? The mystery will be solved Tuesday, September 6, at 8pm on PBS! 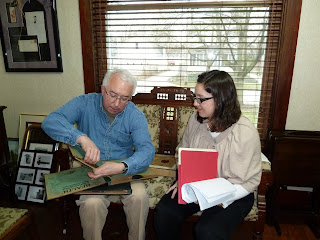 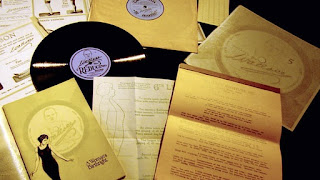 and here's a link that may work: History Detectives - Exercise Records
AND
the webpage that helped get it started: Exercising to the REAL oldies!
Posted by The Animating Apothecary - Perpetrated by Jim Middleton at 1:37 PM No comments:

Graphic explanations for how we get drugs from natural sources.  I'm animating the one with the fish.  The Piscean in me!!

Illustration compilation at lulu press.  Here's the link:  http://ar.gy/3UB9
Posted by The Animating Apothecary - Perpetrated by Jim Middleton at 10:43 PM No comments:

Random drawings from the past several years....

Posted by The Animating Apothecary - Perpetrated by Jim Middleton at 11:18 AM No comments:

Conscience in the Drug Industry? 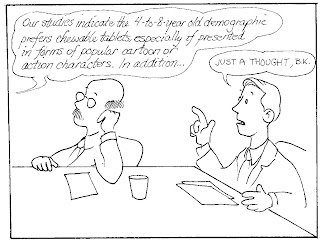 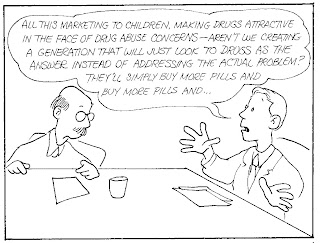 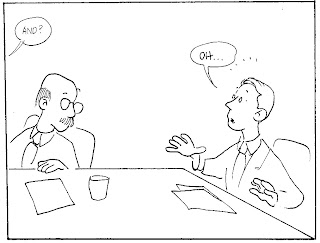 Posted by The Animating Apothecary - Perpetrated by Jim Middleton at 9:27 AM No comments: