Why There Are Few Real "New" Drugs


﻿
Posted by The Animating Apothecary - Perpetrated by Jim Middleton at 8:03 PM No comments:

Upon closer examination of some photographs taken on Mackinac Island this past summer, there was something appearing at the right of the image.  Thought it worth sharing... 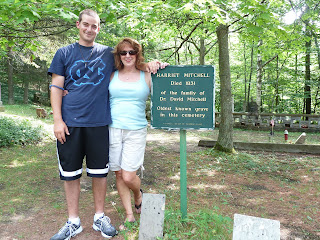 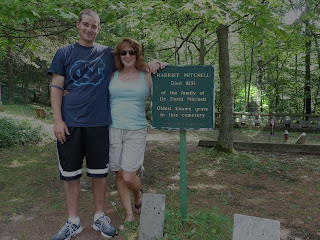 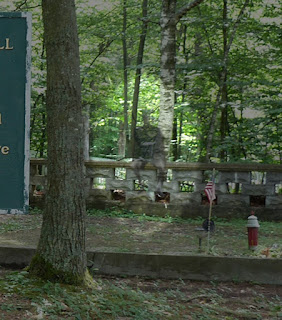 Seemed interesting...
Posted by The Animating Apothecary - Perpetrated by Jim Middleton at 10:13 AM 1 comment:

The FDA Steps Up to Control Narcotic Deaths -- well....

Annual deaths associated with acetaminophen toxicity run about 450 per year.  In 2007, over 11,500 died from hydrocodone toxicity.  Vicodin, Norco, and Lorcet are all combinations of hydrocodone and acetaminophen and are not only heavily abused, but are also implicated in greater numbers of 'accidental deaths' (meaning, abusers who don't make the statistic are accidentally living) each year.
The FDA's response - restrict the amount of acetaminophen in each tablet!
The corporate response?  Abbott, now owners of the Vicodin 'brand' stepped up and made a change in their formulation - no more than 300mg of acetaminophen per tablet (they had allowed up to 750mg per tablet before).  This makes a 'new drug' according to the FDA (a tactic employed by the makers of Tussionex cough syrup for years), and makes previously available 'generics' for 'brand name' Vicodin no longer 'equivalent.'
So a generic company stepped up, got the first approval for a 'generic' and lo - another example of the FDA helping contribute to the rising expense of health care! 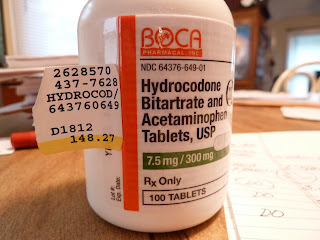 The wholesale price of $148.27 is for 100 tablets of this 'generic' for the 'reformulated' Vicodin ES.  Pharmacies could buy a LOT of the old generic, hydrocodone 7.5mg/acetaminophen 750mg for the same price.

Posted by The Animating Apothecary - Perpetrated by Jim Middleton at 5:04 PM No comments:

So much talk about Obama/O'Romneycare these days...what would that stellar intellect of just one administration ago have come up with?  Oh the possibilities, the possibilites...
﻿
Posted by The Animating Apothecary - Perpetrated by Jim Middleton at 11:24 PM No comments: