A clip from youtube and a soundtrack from the Leni Riefenstahl collection, and Viola!

Posted by The Animating Apothecary - Perpetrated by Jim Middleton at 10:02 PM No comments:

The Ranks are Thinning

There is no replacing a true friend.  One can only remember, and if chilled, bundle up... a melancholy warmth can offer some comfort.
http://www.wmich.edu/news/2016/09/35347 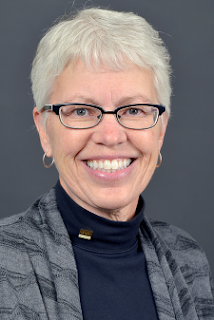 Margaret Jane Watson, a former Western Michigan University staff member, died Sept. 26 at Rose Arbor Hospice in Kalamazoo from complications due to cancer. She was 61.

Watson joined the WMU staff in 1981 and retired in 2015 after more than 33 years of service to the University. The Kalamazoo resident began her WMU career as a clerk in University Libraries, where she had worked while a student at WMU.

She became supervisor of the Media Laboratory, a student-centered multimedia lab in the Division of Academic Services, in 1983 and classroom technology consultant in the Office of Information Technology in 2004.

MARGARET J. WATSON
In her technology consultant role, Watson's primary responsibility was to make sure that dozens of WMU's sophisticated technology carts were functioning properly for professors and instructors across all of the West Campus.

She monitored the carts from her office throughout her work day and was at the ready to trouble-shoot problems by phone or rush to classrooms when necessary. Just a few years into the job, some 700 faculty members were already incorporating the technology carts into their teaching.

As added services, Watson developed the original instruction manuals for each cart and provided one-on-one training for teachers at their convenience in the specific rooms where they would be using the carts.

She established strong relationships with faculty members during her time at the University and was an active volunteer. Notably, she served for several years on the Presidential Spirit Committee and was on the team that started Finals Finish, a longstanding multiday event that helped students weather final exam week.

Watson was born in East Jordan, Michigan, and worked as a librarian for Oneida High School in New York from 1977 to 1979.

She earned an associate degree in media technology from Ferris State University in 1975, a bachelor's degree in learning resource management from FSU in 1977 and a master's degree in library science from WMU in 1981.

REMEMBRANCES
No formal service is being held, per Watson's wishes. The family obituary and a personalized webpage where messages may be left is available through Penzien Funeral Homes at penzienfh.com.

Memorial gifts may be made to:

(With some pharmacy guy acting as a moderator during the break out sessions...)

Prescription Drugs and Heroin: The Next Steps Summit

Battle Creek, MI- Overdoses from heroin and prescription painkillers have killed an alarming number of Michigan citizens, destroying families and communities. To combat this issue, partners from Michigan State Police, Lakeshore Regional Entity and substance abuse prevention coalitions/councils from: Calhoun, Barry and Allegan counties partnered to plan a summit tackling this tough subject. It was the vision of this planning committee, to offer a venue where attendees can work together to create tangible next steps to synergistically address the epidemic that our communities are facing.
“This epidemic does not discriminate; All across the state, it is taking good people and leading them down a trail that often ends in pain and sadness,” said Lt. Pazder.  More than just facts, this summit will have experts speaking on addiction and information to help participants know how to make an impact in their local community.
The speakers are Lt. Governor Brian Calley-Keynote, Bruce McColley -DEA-Assistant Special Agent in charge in Detroit, Abraham Azzam HIDTA Director and Deputy Director Craig Summers, and Dr. Weiner-board certified in Internal Medicine and Addiction Medicine-St. Joseph Mercy Hospital.
The conference has over 350 individuals registered from west and southwest Michigan. The conference takes place Friday October 14th from 9:00-3:00pm at Firekeepers Resort and Conference Center in Battle Creek.

See January 2017 post on some notes from the breakout session - it takes forever to get back to this blog, I swear!

﻿
Posted by The Animating Apothecary - Perpetrated by Jim Middleton at 2:49 PM No comments: