A collection of postcards from the early 1900s celebrating the imagery of Starved Rock, once a nearly annual retreat site for the ASIFA Central membership, until - well, it was quite a drive, and we did have to bring our own cake -- and that's another tradition in and of itself! 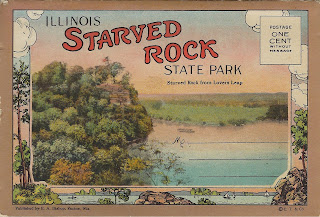 Posted by The Animating Apothecary - Perpetrated by Jim Middleton at 11:41 AM No comments:

There is a concept in Buddhism that the universe has no beginning - Il n’y a pas de début - and perhaps that can be said of animation – that there is no true beginning, and as we are now witnessing, there is no actual end, just a constant evolutionary flow.

ARCHAEOLOGY
Before digital, before film, practically before the accessible written word, there was animation.  And it whether it just one person, paint against a cave wall, along some pillars or pottery, a flickered panel, – it always seemed more than entertainment, but an expression of something universal seething from within - an attempt to first document and then, recreate, the living experience.

Ultimately, through the efforts of Muybridge, Edison, Eastman, and the Lumieres, civilization was able to make five years’ worth of home movies.

TICKLING THE FANTASY
Film may have seemed a setback to animation with its emphasis on literal presentation, but the setback was temporary, because expression could not be suppressed, crafting a playful answer to the literal, just as impressionists answered the challenge posed by early photography.

Méliès and Cohl were playful artists, so immersed in their craft that they didn’t hear the quiet roar of industrial takeover.
Charlie Bowers was the first to discover that animation was lucrative enough to embezzle from.
Ruttmann and Fischinger merged art with technique in ways we’re still admiring.
And even Iwerks could have a taste for the surreal as he partnered with a pre-Mickey Disney.


S IN SFX
Almost immediately, an integration began, with the individual being merged into a committee of viewpoints, with the chaos of imagination being distilled to constricted “utility.”
Originally, all animation was a special effect - and when styles butted against another, it was against each other and not against live action.

(Images from “Forbidden Planet,” the attack of the ID (1956), with graphic design from Disney studios, then “Jason and the Argonauts,” Harryhausen (1963), the fireladder animation of “It’s a Mad, Mad, Mad, Mad, Mad World (also 1963) - Willis O’Brien’s final commercial work, and the Jimmy Stewart nightmare animation scene from “Vertigo” (1958). Animation by Saul Bass, who also introduced the Whitney brother’s spirograph style to the opening credits, predicting the modern integration of computer animation)

Willis O’Brien began his career with Edison, and ended it with a Mad World.
Ray Harryhausen, the protégé of O’Brien, gave us stop motion thrills that outacted their human counterparts.
Saul Bass snuck in abstraction in the most mainstream of film productions.

HYPER REALITY
And, still, the line between animation and live action, once fairly evident, continued to erode, if not evaporate completely.

(Stills from Baz Luhrmann’s “Moulon Rouge”(2001), with reference to the Méliès moon, his green screenage of “The Great Gatsby” (2013), and a primary character from James Cameron’s “Avatar” of 2009.)

Baz Luhrmann taunts our visual cortex with imagined histories, Tom Hanks becomes his own son - soon we could have a new Marx Brothers movie, just as Peter Cushing has been exhumed to perform again, and probably again...and again...
The purported augmented reality of cinema is now such that actors become mere animated versions of themselves, not in an artistic expression, but as a pragmatic, economic alternative.  Hence films such as “The Mummy” become hollow shells of visual overproduction, or “Wonder Woman” muddies a personal insight into destruction of a large parking lot, something that seems reflective of international 21st century priorities.

VISCERAL VS THOUGHT
And now there is a chance to pull backwards and re-examine broadly drawn, peripatetic entertainment.  For example, we can compare two takes on a single noun, or to paraphrase Dickens, there’s more gravy than the grave about this Gravity.  Alfonso Cuaron gives us a breathless bucket spin in his take on the subject - but Ailin Liu quietly finds the universe in our inner spaces.

(Rapid pullback along Battle Creek’s Capital Avenue, then Clips from “Gravity” by Alfonso Cuaron (2013) and Liu’s quiet classic from 2014).

I enjoy the thrill, but I will always revisit the thought.

ON INSPIRATION
Inspiration can take on many levels - as an 8th grader viewing Disney’s Sorcerer’s Apprentice for the first time, but because one continuum that predates my animated fixation is the sound from nearly prehistoric recorded sound, it is the auditory sense that frequently drives the visual - and whether it is essentially an anachronistic music video or just a bit of Edisonia that fits into a general two minute attention span, it is what drives the creation, first of concept sketches, mostly abandoned, to testing visuals in lieu of clawing through reams of tutorials or Lynda videos in ever-devolving software. 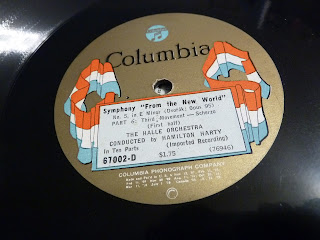 I don’t want to build a car when all I really want to do is drive to Delton.

PASSING THE PENCIL
While fortunate enough to present some of the earliest concepts to unexposed leaders of tomorrow, it’s extremely satisfying to see the first glimmer of recognition of something in these 100 year old films that sparks otherwise under stimulated imaginations.
The encouragement to champion concept and content over the technology is a personal cornerstone.  What does a flipbook, a mutoscope, a forgotten sketch bring to mind?  Does one really need the latest ToonBoom version, can one get an old version of Flash and just use it to build sequential jpegs instead?

(Images of KCC classroom re-imaginings of Cohl’s “Fantasmagorie” from 2007, with a comparison of graphic design styles of Erin Koehler in print and how they were adapted to a PSA on water safety in 2009 - a weekend warrior animation project.)

It is such a sublime moment when an artist in a different genre discovers animation - whether a graphic designer broadening her scope for marketing purposes, or a video producer’s tentative exploration in mid-career to bring a new perspective to what had become a daily grind in academe.
An animation student came with a deep background in graphic design, but not concept on fluid motion - a PSA later, the concepts of storyboarding, modeling, and production stream seem practically second nature.

CLOSING NOTE
A philosopher’s folly is mistaking a failure of imagination for an insight into reality.  I am thankful that this retreat celebrates Nina Paley and her amazing Sita, and her ongoing battle against industy-centric copyright laws.  I look forward to her next feature, just as I do the next films from Patrick Smith, the next comic series by Jay Fosgitt (whose work screams to be animated), and the many others who are the next wave of independents.
June 9, 1974 will ever mark two events for me - a tornado tore through Big Rapids, but at the same time I was able to hear a complete version of the New World Symphony - on 10 78rpm, acoustic recordings made in 1923.  This version was quickly withdrawn for a “modern” electric version and quickly forgotten - and not renewed by copyright.  I may own the only complete copy of this version, created at the border of public domain status.
I thank ASIFA for granting me the opportunity to enter my third act by reflecting on my previous two - and to you for your patience for this visual ramble.  All inconsistencies I ascribe to sleep deprivation.

(Images of ASIFA Central logo, with background of initial 3rd movement edit of the New World Symphony from personal collection).

Posted by The Animating Apothecary - Perpetrated by Jim Middleton at 3:14 PM No comments: