So Hard to Raise Parents

It has been a year since the passing of my father, Harry Middleton.  And since he died on Memorial Day, it's only appropriate that especial attention should have been made of the event.  First, we began with my mother, who died just before Labor Day in 1986, by dressing up her site: 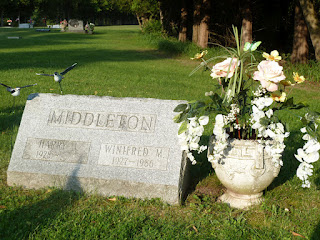 Then to Harry's location, among a strip of Middletons north of Big Rapids, Michigan... 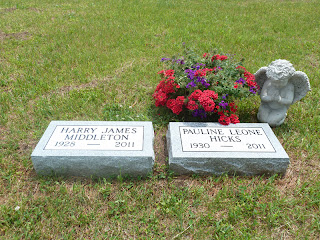 His ashes were interred the same day as his sister Pauline's, whose passing came barely two months following his.  So after some fussing and arranging, some red/white/blue themed artificial flowers and perky decorations were assembled and put in place: 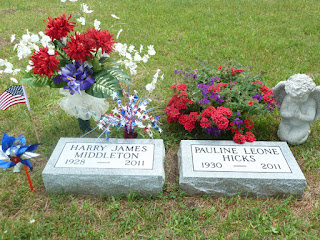 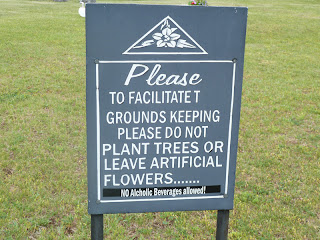 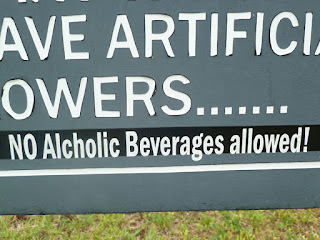 This is one Puritanical burial site! Of course, dad would have argued that if you can't spell 'alcoholic' properly, one shouldn't have to follow the instructions.  But we did, drove down the road and found a convenient organic greenhouse selling geraniums and baby chicks.  We opted for the plants: 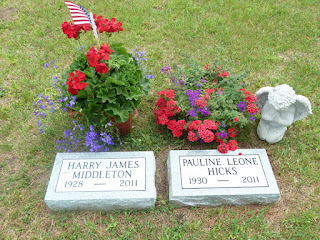 But now, what of the extra faux plantage?   Well, Harry is technically available for viewing at two locations, so we went back to Lakeview, Michigan and said hello to mother again: 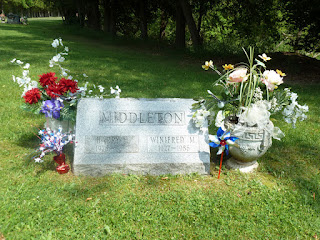 And the world once again could spin in greased grooves.......

Thanks for stopping by... here's to remembering friends and other loved ones this and every holiday...
Posted by The Animating Apothecary - Perpetrated by Jim Middleton at 11:21 PM No comments: