It's supposed to be a class on 3DS, but these guys and gals need their exercise....
Edit and render using Sony Vegas.
Sound from the Walter Camp Daily Dozen, ca 1921....
Posted by The Animating Apothecary at 5:56 PM No comments:

Deconstructing Griffith - A Girl and Her Trust (1912) 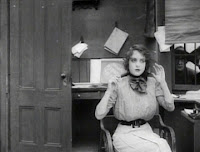 This ground-breaking one-reeler hit the century mark this year, and being relevant at that age is always worthy of note.  So in examining the working methods of D. W. Griffith and the production process at Biograph, this film was broken into its individual scenes, then reassembled as it was probably photographed.  Interiors are presented first, arranged by set (there are some slight moves to the camera, and some redressing of the railway station, among some of the shots), followed by the exteriors, relinking the continuous takes that were then edited into the sequencing of the final 10 minute film.
Griffith worked without a script, and editing was an evolving skill.  The dramatic closeups are, nonetheless, quite striking, and the use of a railroad engine as a featured player guarantees that the pacing will seem accelerated.

Created as a tutorial for the Cinematics class at Kalamazoo Valley Community College.

The original 1912 film, as released (another youtube link): Click here
Posted by The Animating Apothecary at 4:34 PM No comments:

Bob Fawcett and his guitar summing up how to Feel Better: TAKE A PILL!

Here's the link: UpNorth Broadcast with Bob Fawcett - Sultan of Psychopharmacology
Posted by The Animating Apothecary at 11:50 AM No comments:

Some quick experiments (5 seconds each) of Meat Puppetry, making use of the KVCC ANIM130 class.  Edited with Sony Vegas V11, with the second clip being still another experiment with the zoom function in the software.
Version 1:
And Version 2:

Posted by The Animating Apothecary at 5:49 PM No comments:

Students in the Kellogg Community College and Kalamazoo Valley Community College animation programs get an assignment to create the old pre-cinema animation toy called the Phenakistascope.  Everyone gets a blank template and two days to clutter up the dozen slices of optical pie!  Here are some specimens from the past couple of semesters. 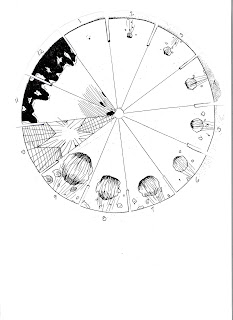 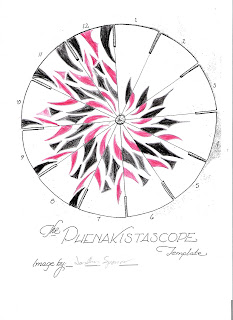 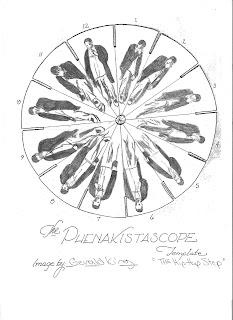 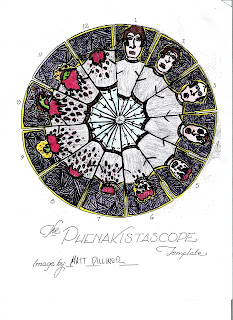 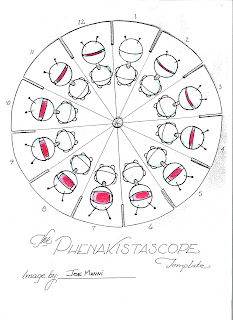 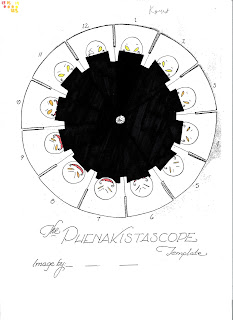 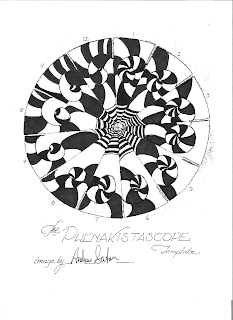 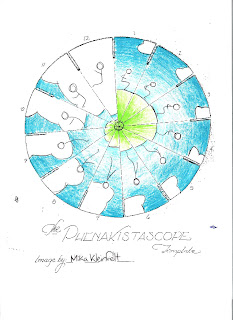 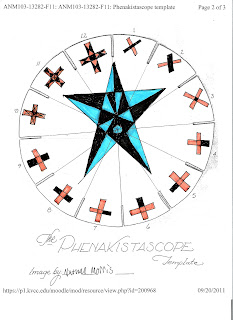 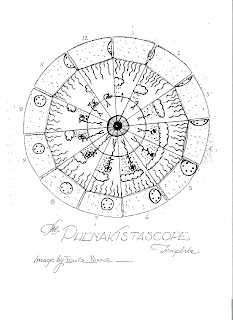 Posted by The Animating Apothecary at 1:43 PM No comments:

First film in first session of ANM239 at KVCC

Here's a tribute to Georges Melies from Kalamazoo Valley's ANM239 Class - the first night experiment with "establishing shot" cinematography.  Total of 14 minutes to start, cut down to just under two, with a likelihood for more trimming... but it's their first film! (Youtube link below!)

http://www.youtube.com/watch?v=1TYi_IoTEYU&list=UUheAG-fkvEzLX4UaCnj_cUQ&index=1&feature=plcp
Posted by The Animating Apothecary at 4:14 PM No comments:

Thanks to the History Detectives broadcast last autumn, I had the good fortune of being interviewed on WNYC;s Soundcheck on January 6, as part of their week-long examination of exercising - one of the more popular New Years' resolutions out there.  The archives here includes what is purported to be a more extensive accumulation of early exercise records than can be found at the Library of Congress, which is a rather sad statement of my life in the Surreal City.  In any case, they were kind enough to provide me with a link, so I share it below!

Now the task is to covert more than these few clips to complete mp3s.... hmmm... using digital technology to retain obsolete information from obscure documentation.  Isn't that what the internet is all about?! 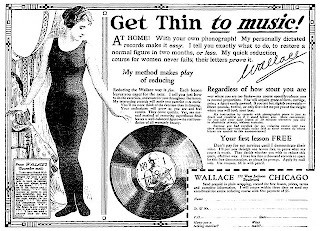 Posted by The Animating Apothecary at 12:31 PM No comments: