Welcome - theme for the program - committee creation and use in “moving forward” - let’s call them “parties” as in “party of the first part” - mainly for support, based on needs for the group - “a support group”

3. Next Meeting  April full Board. -- March for committee meetings 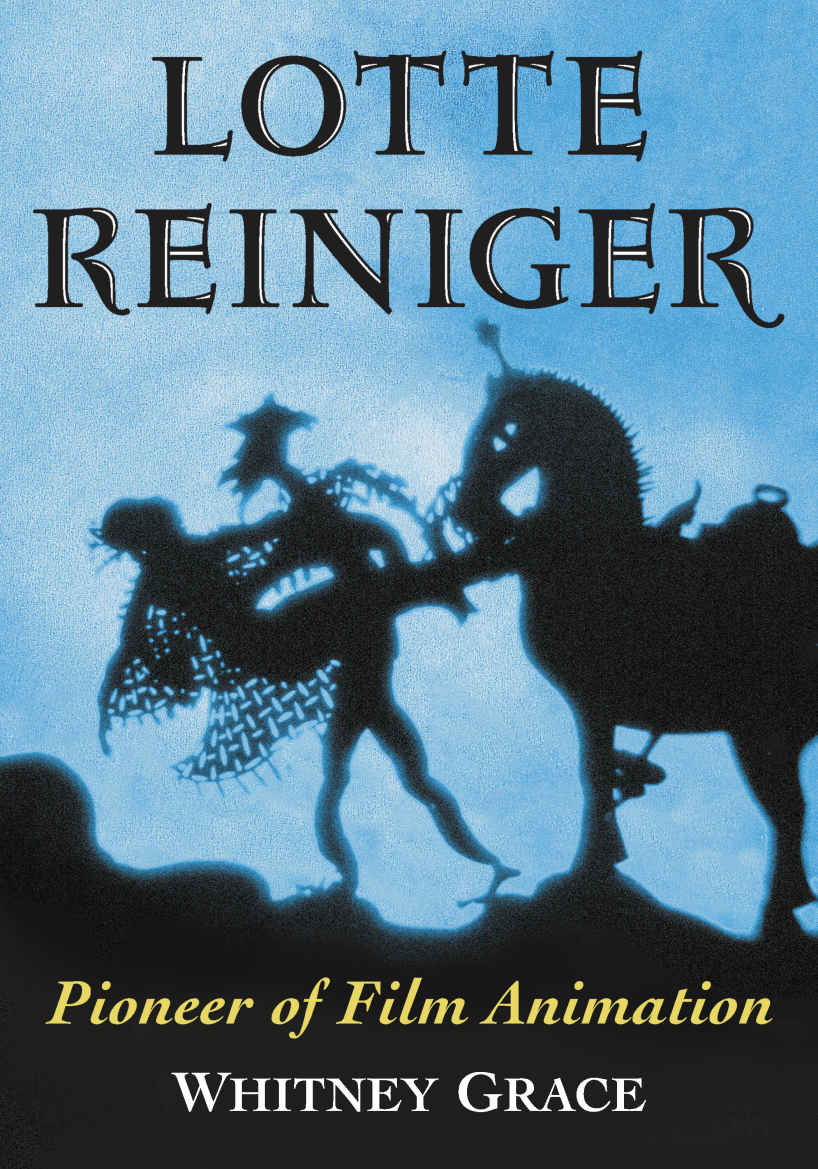 Posted by The Animating Apothecary - Perpetrated by Jim Middleton at 9:24 PM No comments:

How my mind wanders as secretary for the group...

Welcome - we are beeping in!

Theme for tonight: Just what is a User Name?  An April 20 film festival (Kinematifest @ Webster University) in the making….with great programming.

We wait for Gary, and Gary is now here! Metro PCS is a big challenge! and Bob is ill. And then, STEVE.  Deanna cannot pump her own gas.  Dragonframe is being wantonly INSTALLED.  The pdf user manual makes nice, light reading. A page turner.  Lots of intuitive features.  We love adjusting the F-stops.    Jim is still using Autodesk Animator Pro, for DOS 6.

How the largest city in Michigan is part of ASIFA Central. Detroit is profoundly different than it was 14 years ago when Gary moved there from LA.  ASIFA should consider Detroit for venues.  Gary will offer his place… Detroit Film Theatre - schools within walking distance, with Windsor just over the Ambassador Bridge … a method to increase membership on … consider an “animator salon” in Detroit and then invite the outstate membership…. Can there be a Meet and Greet hosted by Gary and his connections?  Gary suggested under the banner of ASIFA.   Detroit festival coming up in April 2018 - about ½ mile from DIA.  Dlectricity in 3rd weekend in September (unfortunately, simultaneously with the OIAF) - light installations in blocked-off portions of the city along Woodward avenue in the cultural district.  Timing with an ASIFA Central meeting?  Sounds like a great possibility. Gary wants to put Detroit on the map with ASIFA Central.
How can we best document and promote our activities?
Ottawa International Animation Festival: Best of the Fest 2017 program is available -- have been contacted by OIAF asking if we’d like to screen.

We are all getting very, very sleepy.  Except for Deanna.  She’s getting excited about dentistry.
Happy zzzzzzzz year!

Can a living document be created to work on when we’re all off-line - the consensus is that the monthly meetings are a welcome event… February will bring another gathering of the group!
FEB 3 - the 45th ANNIE awards

This disturbing news is only softened with the knowledge that our county's Substance Abuse Council has 30 years of tracking with a thorough network of reliable information.  Other counties are just at the start of their programs, so their shocks will come as their connections increase.

These charts are for heroin/opiate overdoses that did not result in death.

The typical demographic is a white male, 20-30, for heroin/opiate overdose.  This year, the January numbers have this demographic nearly equally divided between male and female.  Also note that with the added controls placed on hydrocodone-based analgeics (the "Norco" or "Vicodin" prescriptions), the prescription opiate number is down, but the heroin use is up.

Overall, the numbers continue to increase.

The graphs come courtesy of the Calhoun County Substance Abuse Council, a group who generously offers me a seat at the table whenever my time at WMU permits.  It hardly seems like enough time. 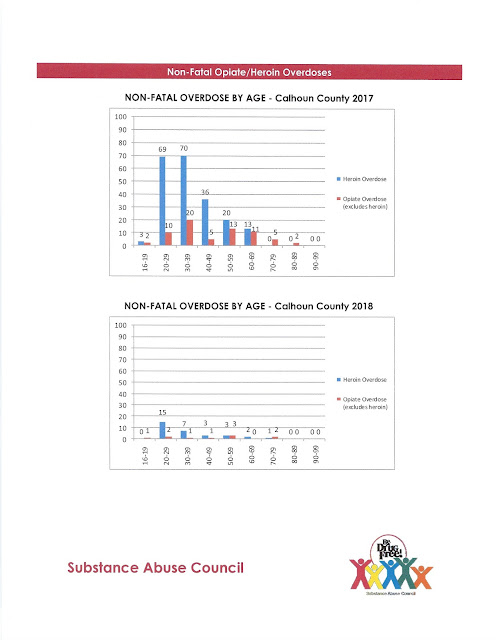 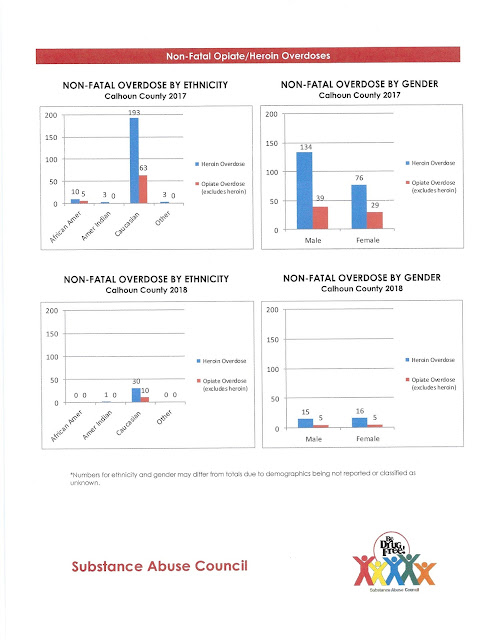 I'll just let the numbers sink in.  There are many things to say, but if you live in Calhoun County, these are your neighbors, your co-workers, your children, your parents.  In 2018, there are several requirements being put in place to clamp down on physician prescribing patterns, which should slow the prescription opioids.  However, judging from these numbers, the users seem to make their downhill slide to heroin...and, as I say in my public presentations, there isn't a Walter White in any of those labs.
Posted by The Animating Apothecary - Perpetrated by Jim Middleton at 1:25 PM No comments:

Sketch for a story about downtown development in Battle Creek, Michigan.... 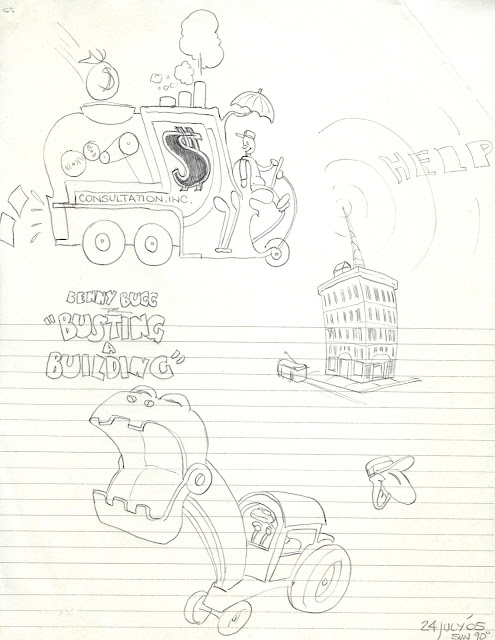 Posted by The Animating Apothecary - Perpetrated by Jim Middleton at 9:43 PM No comments:

My 2018 Annual Meeting and Proxy Statement from Disney Has ARRIVED!!!

I own a few shares of Disney stock.  These days, it’s about as close as I can get to being part of a Star Wars experience.

As a consequence of stock ownership, annual reports with a strutting Mickey arrive at the doorstep with their “year in review” and a list of who will be running for their board of directors.  Glossing past the payments for being “on” the board (300K+), Iger’s $2.5M salary, his $12M “performance based bonus,” and “$17.3M “equity awards,” the board of director candidates include operating executives of the Carlyle group (whose management included the Saudi Bin Laden corporation), General Motors, BlackBerry, Sears, WE Family Offices (whose focus on ultra high-net-worth international families belies the implication of traditional “family”), the biotech company Illumina, Oracle, NIKE, and Estee Lauder.

Wow.  General Motors, BlackBerry and Sears really kept ahead of the curve in the past decade.  Illumina and Oracle may help Disney actually build a Stepford Wife for the investors at WE.  NIKE can help them run from the consequences, and Estee Lauder can make it all smell pretty.

The board recommends a “yes” for executive compensation but a “no” for transparency with its lobbying practice!  Here is a nice passage from page 65 of their statement: (quote) Disney spent $2,524,624 on lobbying in California from 2010-2016, and Disney’s lobbying in California has attracted media attention (“Family Friendly? Disney Funds Lobbyists Fighting to Deny Americans Parental Leave,” Republic report, May 29, 2012). (end quote) Apparently this is the third year the lobbying proposal has been put forth, and it has been unable to obtain more than 33% support in prior submissions.

There is no mention here of the Fox acquisition being planned, but among the broadcast ownership of Disney comes the expected ABC and ESPN, are investments in A&E, History, Lifetime, LMN, FYI channels... and VICE!
VICE is described as an afterthought, an 18% interest via A&E and a 10% direct ownership, with the line, “a channel offering programming of lifestyle-oriented documentaries and reality series aimed towards millennials,” and 70 million estimated subscribers (I see it comes buried and bundled with my current Comcast).

Abandoned - skateboarding in abandoned areas with the lights out
Ball’s Deep - “to find out what humanity’s deal is”
Beerland - to go across the country to drink .... beer
Bong Appetit - going to cannabis parties
F*ck, That’s Delicious - eating, probably to be shown after Bong Appetit
Hamilton’s Pharmacopeia - to seek out exotic ... drugs
Huang’s World - with “the world's only Human Panda, Eddie Huang, takes us on a hilarious journey exploring race, identity, multiculturalism, and his irritable bowel syndrome through food”
It’s Suppertime! - again, about .... food
People Just Do Nothing ... ok
Party Legends - ok, this one at least uses “emerging artists and animators” (read, “unpaid interns”) to describe legendary ... parties
Slutever - for “female sexuality, gender, and love” - one episode has the hostess seeking an anonymously delivered “happy ending” for a woman’s massage - a bit unsettling in light of the recent Larry Nassar trial and sentencing
Weediquette - in its third season - exploring “heady times”
...and there are many, many more...

And speaking of 2019, this mailbox eagerly awaits the next Disney Annual Meeting and Proxy Statement!

Posted by The Animating Apothecary - Perpetrated by Jim Middleton at 8:57 AM No comments: