In April, 2017, an embodiment of tenacious, loving humility entered into the collective memories of those who knew Madge Pontius.

Madge's neonatal cries were first heard in Sheridan, Michigan, as the daughter of Aden and Goldy Verda (Case) Springsteen.  She was raised on the family farm in Sheridan and graduated from the Sheridan Community Schools Class of 1945.

She got to know her lifetime sweetheart, Dude (Durward) Pontius, through an 18 month correspondence during World War II, encouraged by her brother Ed.  When she and Dude finally met at the train station, her eyes “twinkled, her eyelashes fluttered” and they couldn’t keep apart after their first kiss.  They married three weeks later, with the warning from her mother that such whirlwind romances never last -- before Dude’s passage in 2010, they shared 65 wedding anniversaries.

While Madge was employed briefly at Gibson’s and Ore-Ida, her real work was with and for her family.  Her daughters fondly recall the marathon shopping expeditions that were a hallmark of every Christmas holiday, and she let everybody in her family and circle know her love, even when called “medieval” in her discipline, and always with her secret recipe for pot roast at the ready.

Her music was an extension of this love, with hands that could find a keyboard in nearly any room of the house, her artistic temperament expanding to painting, dancing, and quilting.  Wednesdays were frequently set aside for duets on keyboards and strings with her son David, who shared her musical muse.

Madge and Dude were both long time members of the Cowden Lake Christian Church and the Hough-Pontius VFW, where she was part of the Ladies Auxiliary.

Her passage was peaceful, having heard the loving appreciation and devotional words of friends and family, in the home that she had built with her husband, Dude.  Her embrace of that location was an extension of her love of those 65 years together.

A Celebration of Madge Pontius was held Tuesday, April 25, 2017 at the Cowden Lake Christian Church, with Pastors Cris Hammer and Julie Drews officiating. Memorials to Madge may be directed to the Cowden Lake Christian Church.  Electronic condolences to the family may be made utilizing the guestbook at www.brighamfuneralchapel.com, but Madge always preferred her displays of affection to be face-to-face, a tangible artifact, a wisp of happiness - a fleeting moment of joy. 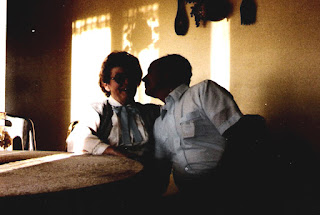 Posted by The Animating Apothecary - Perpetrated by Jim Middleton at 3:52 PM No comments: 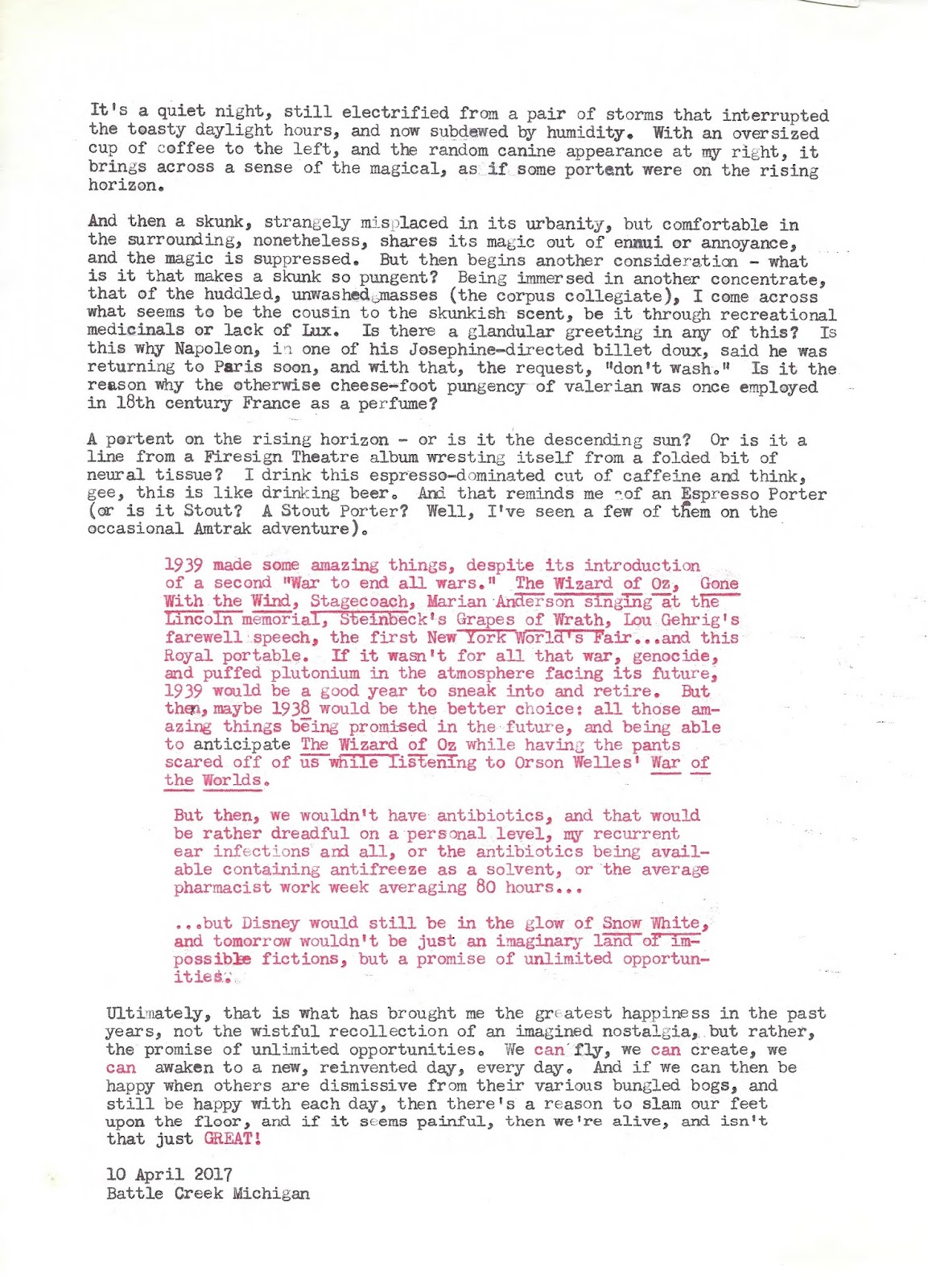 Posted by The Animating Apothecary - Perpetrated by Jim Middleton at 10:08 PM No comments:

Scanned in using Photoshop, no real corrections needed, at 300dpi.  Then entered into Sony Vegas, 6 frames per image, merged with a 0.2 overlap for each sketch, exported as mp4, reimported and reversed in mp4, then with a stretched slide whistle effect both in and out, and again exported as mp4. Then to be fancy, added a border sketched in 1978, based on the Red Seal opening title from "Paris Qui Dort" by Rene Clair.   Far too much for this 3 second clip, but it's one more thing off the list!

Posted by The Animating Apothecary - Perpetrated by Jim Middleton at 11:58 PM No comments: