Couldn’t make it all the way through “The Holly and the Ivy” on its Turner broadcast, even with a mild distraction of a jigsaw puzzle. It began interestingly enough, with some banter among two ladies trying to share the same train compartment, but having to adjust for one’s first class vs second class carriage, setting the stage for a class division between them. Then it comes to Ralph Richardson’s house and becomes a completely set stage. Lots of quiet talk, quiet outrage, quiet disappointment, restrained dismay, revelation of atheism as The Holiday service approaches, and an overarching impression that father has been more interested in his career than his own family. He prefers the abstract assistance over the concrete concern, seems mildly surprised that his family has all these stressors. Ultimately, Michael Gregory chucks it all to go to America, changes his name to Marcus Brody and becomes dean of students for Marshall college in Connecticut, only to be sobered up and perpetually frustrated by one of his professors, Henry Walton Jones, Jr. At least that’s what I remembered. The egg nog that evening was fantastic.  Sparrow agreed. 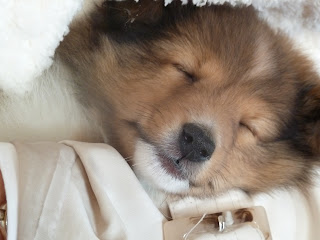 Posted by The Animating Apothecary at 4:49 PM