Sometimes news travels far too slowly - this notice is from the Big Rapids Pioneer, dated January 7, 2021: 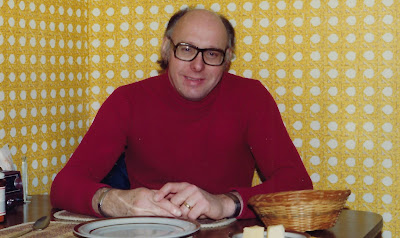 Ev was born in Oak Park, IL, the son of Edward and Gladys Nienhouse. He attended Oak Park High School where he was a national champion hurdler. He graduated from Hope College with B.S in Chemistry, and earned an M.S. from Northwestern University and a Ph.D. from SUNY at Buffalo.

Ev participated in the Hope Vienna Summer School abroad program in 1956 and counted it as one of the fine experiences of his life.

He was married to the late Elaine Vanderbrug for 33 years. They had two children, Eric and Jonathan.

Ev taught at Ferris State University for 30 years and took advantage of numerous sabbatical leave opportunities which took him to the University of Groningen (Neth.) to UNC (Chapel Hill), the SE MO Crime Lab (Cape Girardeau), Dartmouth (Hanover), Montana State (Bozeman) and the University of Colorado at Boulder.

In 2012, Hope College awarded him the Distinguished Alumni of the Year for his significant impact as an educator. His passion for teaching organic chemistry contributed to countless of his students' academic successes and made a difference in the lives of over 4000 students while serving at a variety of schools.

He lost his late wife to cancer in early 1998. Later, while attending his 40th college reunion, he met his lovely wife Erika who also participated in the Vienna Summer School Program in 1956. A reunion romance ensued which magically culminated in their marriage in October of 1999.

They lived a "two coast" life, enjoying lovely Carlsbad California winters and cool Northwestern Michigan summers at his beloved Farm House property. Ev and Erika were married for 21 years and enjoyed many adventures together.

Ev's Dutch background included a kind of mysticism that helped to explain his deep religious faith. He loved sacred choral music, researching the backgrounds of writers and composers of the Great Hymns of the Faith, and playing interesting piano arrangements of these hymns.

He also enjoyed researching topics from the History of the Navajo Code Talkers to the Use of Poisonings in Contemporary Detective Fiction.

His love of life stemmed in large part from his close brush with death at age 39 which led to implantation of a nuclear powered heart pacemaker, his being one of very few in the world. He felt that each day was a gift from God and lived it to its fullest, never shying away from difficult tasks.

He will be remembered by many as a very special and unusual friend.

Ev is survived by his wife, Erika; and his two sons, Jon and Eric.

He was an enthusiastic, multi-talented and good man. We will miss him.

A memorial service is planned for Summer 2021 in Ellsworth, MI. For more information see memories.net and search for "Everett Nienhouse".

Charitable donations may be made to the "Everett Nienhouse Endowed Scholarship" at Rehoboth Christian School, Rehoboth, New Mexico. 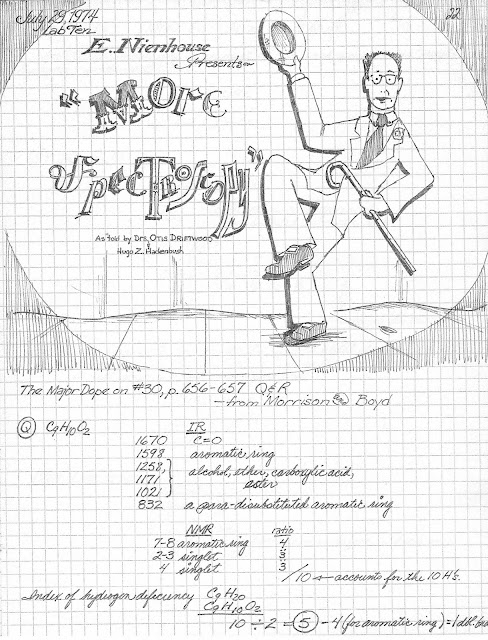 Posted by The Animating Apothecary at 2:05 PM

Ev had to be an interesting conversationalist. I would have enjoyed learning about poisonings in fiction. I often wonder how accurate such things are.... just incase I have a need in the future.