I began by drawing a grid in perspective, and after about three attempts, just pulled out the digital camera and took a photo of a 1" x 1" grid already built for another project, and then drew a trio of black holes on it, experimenting with various Photoshop brushes.  Then, when attempting to have them merge into one GINORMOUS black hole in Photoshop using the "pinch" distortion tool, I found it less than satisfying.  However, the images did offer a potential for some random animation, which still seeks an explanation. 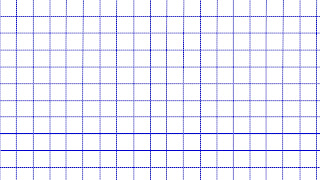 The grid, in distorted perspective, with three black holes drawn in, manually distorting the grid for this purpose: 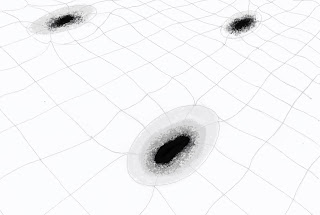 Now to create a series of sequential images to show the merger of the three black holes.  I think the hand-drawn method may still work best.

Posted by The Animating Apothecary at 2:54 PM