Some festivals have standards, yet they pick my films anyway.  This exercise in slash and paste editing was for those that have a three-minute minimum.  The 55-second "Uvula" just didn't make the grade, so it earned a prologue describing it as 27 days between projects, and viola! a 3 minute, 14 second entry.  Readers of this blog (all three of you) may recognize some of the elements from earlier postings (a Vimeo link): Uvula on Vimeo

The "27 days" were from a countdown to my final day as a full-time pharmacist, a daily project of brief clips, making use of original sketches, or bits grabbed from the archives and integrated into experiments in software.  Some notes: 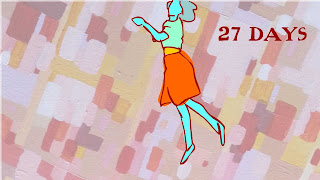 27 Days - Eleanor Powell jump roped in the 1939 film "Honolulu," directed by Edward Buzzell, who also directed "At the Circus" with the Marx brothers that year.  I think he paid more attention to this film.  I snagged a few frames and did a quick rotoscope of Ms Powell, and for a background used a paint experiment in acrylics that had been lying around the studio for almost 7 years at that point. 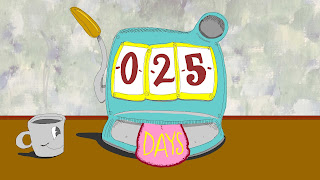 25 days - Goofing around with how many layers Flash CS5 could tolerate.  The slot machine had seven, the coffee cup had three, the table was a basic rectangle, and the background is another 7 year old acrylic experiment. 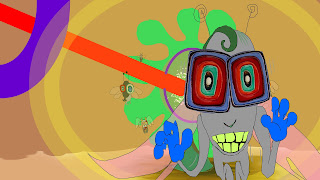 23 days - A cutting room floor bit from a 2018 anijam that ran too long, so I saved the three-second clip for this experiment. 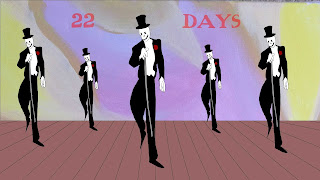 22 days - Fred Astaire as death, repurposed from a 1984 Super 8mm film Alpha and then multiplied as symbols through the magic of digital animation.  The background is a third acrylic experiment.  I don't throw much out around here.  But, with everything safe and secure forever in THE CLOUD, I should be able to someday.  Yeah.  Sure.  I have a 1984 Super 8mm film I can still play, but most of my pre-2000 *.mov files are foo. 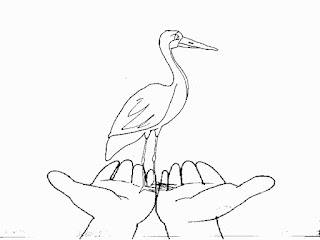 20 days - This is a clip from an animatic for an unfinished Creation Legend education film for a Michigan casino.  I sent them a 20 second sample with a request for a narrator on the legend.  That was in 1998.  Kept the drawings, though! 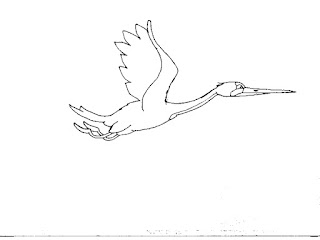 19 days - Another drawing from the same clip, this one a study of a cartoon crane flying.  Discovered in the process that drawing an actual crane's movement just didn't look real when animated - so I moved the head and body as a cantilever around the neck as the wings flapped, and suddenly the unnatural seemed normal.  Oh the challenge of POV! 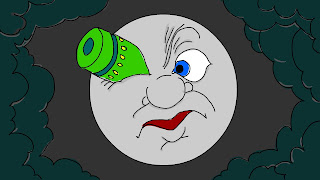 9 days - Melies' A Trip to the Moon from 1902 has been etched into my brain since I first saw it on a Sunday morning documentary in 1968, so I had to draw a tribute to it.  I intentionally made the color and outline layers slightly out of register, to give the illusion of an early Technicolor film test.  It found a use as a clip in the 2021 Seule Tod. 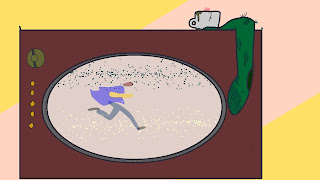 8 days - A quick scribble of me (it's all about ME, of course) rotoscoped sliding from a 1974 vampire comedy, never really finished, called Joy.  Had the chance to experiment with TV "noise" in the recollection of life in an off campus apartment. 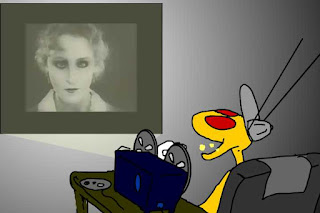 7 days - Using a clip of the public domain version of Metropolis by Fritz Lang for the movie, this one had Benny chomping down popcorn from a class exercise template discovered among many a too-disorganized collection of files. 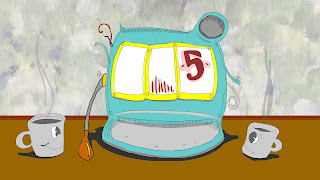 5 days - Wanted to show the abuse the poor slot machine had in the intervening 20 days from its first appearance.

Posted by The Animating Apothecary - Perpetrated by Jim Middleton at 4:35 PM