Some background - after sitting through the initial weekend release of Mel Brooks' Silent Movie, our high expectations were dashed with what seemed to be a phoned-in, thoroughly derivative performance, without any appreciation for silent comedy or comedy in general (we thought Marcel Marceau was the one saving grace).  Completely disenchanted, especially after the timeless Young Frankenstein, we expected the critics to be brutal.  However, Time magazine reviewed it as if Silent Movie had invented cinema - we were dumbfounded, so we figured - hey - if that's what critics want, perhaps Ron Ugly, our generic nom-de-plume in the days before staying up for SNL, should weigh in:

THE CURRENT CINEMA with Ron Ugly
I Was A Teenage Geriatric: A New Film by Mel Brooks and Jerry Lewis 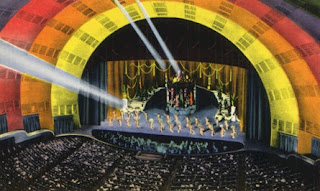 It's a marriage made in Heaven. Those two veteran clowns of cinema, Mel (Blazing Saddles, Son of Silent Movie) Brooks and Jerry (Three On A Couch, Son of A Bitch)  Lewis, have been united by Twentieth Century-Fox in a film that must rate as one of the best of the decade.  Briefly setting aside their usual restraint,  Brooks and Lewis have opened all taps – I Was A Teenage Geriatric is brassy, incautious, funny without mercy.  No innuendos for this duo; they tell it like it is.

EASY LAUGHTER.   Jerry Lewis plays Stanley, a lovable but inept dishwasher in the Bellevue Stratford Hotel which is about to host the Pennsylvania American Legion convention.  Mel Brooks is Don Pardo, a disgruntled Mafia underling who has designs on controlling the northeast area's massage parlors.  To do so, he has sent his stevedores to poison The Boss (a superb cameo by Ed MacMahon), who just happens to be staying at Stanley's hotel.  Through some daffy mixup, the deadly vial finds its way to the kitchen where Stanley dutifully pours its contents into the dishwater and scrubs away.  That night, after the convention dinner, several legionnaires develop a strange respiratory disease.  In the ensuing confusion, someone drops a box of pepper down the ventilation shaft and we are treated to the sight of rescue workers fighting to hold onto the stretchers while holding back the urge to sneeze.  As you might expect, they don't always succeed, with hilariously disastrous results.

The hotel closes, and Stanley blames himself for the disaster.   In despair, he jumps off a convenient bridge, but as luck would have it, lands on Don Pardo's yacht.   From there, the plot takes off in all directions.   The reason I have gone to such detail over this is because all this action takes place during the opening credits alone!   The sequences that follow are purely episodic in nature--a series of set pieces that allow Mel and Jerry to show us their genius and off-the-cuff inventiveness.  Together, they negotiate a Brobdingnagian length of stairs to deliver a piano to a bawdyhouse; the little dishwasher befriends a blind flower girl; Don Pardo has perpetual problems with the clams in his chowder squirting him. 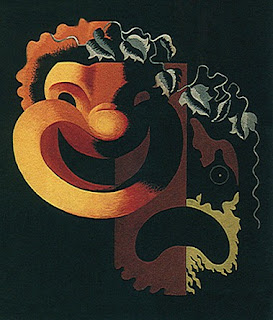 DESPERATE SCHEME.   But their fun can't last forever. The FBI is on Pardo's trail because of the legionnaire catastrophe, headed by Marty Feldman as Agent Heever C. Hoover ("No relation," he explains).   In fact, the entire final hour of the movie is devoted to the chase.   It winds its way from Philadelphia's Opera house (with Pardo, in disguise, hawking peanuts to the audience while Stanley has a makeshift sword fight with the orchestra leader) where they disrupt II Trovatore, across New England (for a frantic chase on skis),  and ending up in the Big Apple, with Stanley and Pardo trapped atop the Statue of Liberty.   While the FBI frets about shooting at a National Monument ("The last arm we ordered took three months!"),  Stanley stoops to pick up a penny– for good luck– and bumps Pardo over the railing.  Stanley tries to help, but Pardo's shirtsleeve gives way, and the Mafia leader falls to his death,  yelling perhaps the funniest line in the film.

BIRDS. Naturally, Stanley is hailed as a hero. With the reward money, he helps the blind girl regain her sight and re-opens the Bellevue Stratford to record-breaking crowds.  In the last scene, Stanley and his girl are seen walking hand-in-hand down a freshly paved road to a brighter tomorrow.  It's a powerful ending, but Brooks and Lewis wouldn't leave us with just that.  As Lewis tells his new found love of his future plans, a flock of birds flies over and – well, you'll just have to see it for yourself.

Once again, Mel Brooks has shown himself to be a master of direction and Jerry Lewis appears as one of the most gifted comedians of this century. One can only hope that this union is more than just two ships passing in the night— I Was A Teenage Geriatric is definitely ahead of its time. 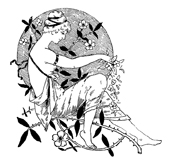 Posted by The Animating Apothecary - Perpetrated by Jim Middleton at 4:44 PM