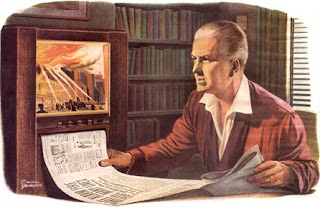 "Sometimes I've believed as many as six impossible  things before breakfast." – Lewis Carroll

Tucked aside in some tawdry antechamber, hidden between notes brittled by two years of well-deserved dust, there lies an essay I carefully clipped from a library journal in my pre-Xerox years (meaning, before I had a job or money to use their machine) that, to this day, I feel remains the Final Word and  Definitive Statement regarding Supportive Personnel (read  "technicians").  It was well argued, and, in the course of its dialectics, came to a consummation devoutly to he wished  (ouch).  So moving was the conclusion that I instantly called the piece my own, and I remain certain that if I had it now, or could at least remember what the moving conclusion was in  the first place, this small distortion would proceed to slide more smoothly.  However, since my days of digging through tawdry antechambers are well past (it always being my philosophy to let sleeping dust lie), I press go ahead, au  naturel.

Throughout my sojourn at college, there was a lot of talk about these pharmacy technicians.  Internships were scarce in that protoplasmic era, and these doggone technicians weren't  making it any easier, we collectively surmised.   And the obscure future – when our hands  would be stamped with the indelible RPh – what then?   Technicians  would he there too, peeling into the job market, hundreds of  them for every pharmacist.  How could we ever rent the ‘Vet of  our dreams while on unemployment?  Our overly-educated  prospects seemed dimmer  than Tokyo's odds in a Godzilla movie.  Lordy!  Technicians would be everywhere!

Many a student examined such a fate, a life without Brooks Brothers suits, matching pants, and clean shirts, and would shake their heads, and with typewriters tucked under arms go on to dental school. 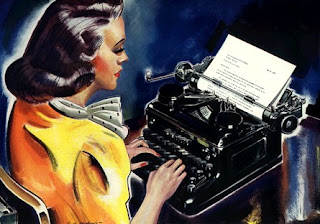 But this is sheer fol-der-ol, just  another one of those pernicious, unhealthy attitudes you  read about (you are reading this, right?  I’d hate to be talking to myself, but then I do that already).  After all, what is a technician?  Webster's (and  intuition) tells us that a technician is a skilled worker in  a technical field.   And community pharmacy is a technical  field, indeed; an hour's paperwork could choke a goodly sized  cow.  Automation may have supplanted the traditional  ideas of secundem artem, but the fear that an intern's or pharmacist's position would be vanquished in the name of Supportive Personnel is a hollow one: it doesn't take five  years to learn filling insurance form or run counting machine.  It just seems that way.  Also, interns come and interns go, where a great technician is apt to persevere and be considered a platinum-level asset.

Time is important in developing a skilled worker (the lack of it merely causes frustration, and Frustration Personified is being an intern worrying about a p 'col exam while trying to  figure out why Blue Cross would ever reject that stupid form for the third time).

So far, this illiterate escapade has had a lot to do with  paranoia and precious little with Supportive Personnel and the Retail Experience.  Protracted time in college can do that to a person...that and the shock that you've been trained as a bench chemist to manage a hardware store, with the carefully accumulated education just a means to that end.  This is where technicians make the difference, by allowing the pharmacist to develop a new secundem artem. 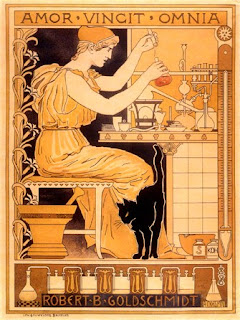 Namely, the wave of the future – Clinical pharmacy! (cue the balloons)  And, as Kermit would say, "Yaaaaaay!"

So, let us examine, herald, and fully support this all-important Supportive Personnel.   Until recently, there was no set program for a pharmacy technician, no special training beyond hands-on experience.  Often, a technician began as a clerk who just happened to be assigned to the prescription counter.   What was lacking in all this was standardization.  In a world of semantics, one man's technician would be another man's clerk.

Without some academic continuity, the position of technician would have little meaning besides the title.  Ohio offered the first collegiate-level program, and in Michigan community colleges, similar courses are being offered.  This State has also taken to the idea of certification for technicians, and the MPA has opened its doors to membership, as well as providing educational seminars for technicians.

Is certification of supportive personnel the answer?  If it is, I must have forgotten the question.  I think it had something to do with a tawdry antechamber, but I've  been wrong before... 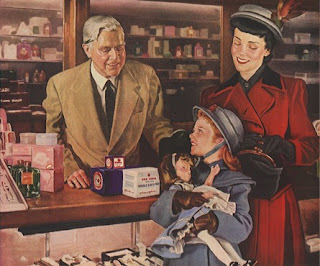 Addendum, in 2022:
(At the writing of this collection of sentences, pharmacy technician certification was an option, rarely pursued, and frankly, not heavily promoted among the average pharmacist in the 1970s.  Even a survey in the early 2000s suggesting mandatory certification, or even licensure, revealed  strong resistence in Michigan, mostly among rural, independent pharmacies.  Certification can still be obtained through study and testing, without a specific college-level training, and pharmacy technicians are now required to be licensed with the State of Michigan.  The 2001 survey can be read in its entirety at -  Pharmacist Attitudes - oddly enough, a survey paper on this very website and blog). 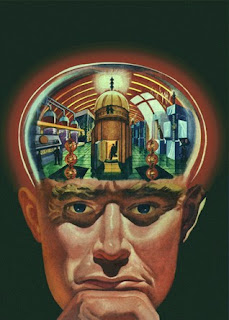 Posted by The Animating Apothecary - Perpetrated by Jim Middleton at 4:45 PM