DUAL/DUEL - A distraction in three scenes
Draft by Jim Middleton
For a series of short views on relationships for a local college theatre (1980, project abandoned) 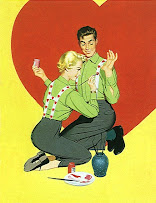 A Phone is ringing.

SHE:  (answering the phone): Hello.  Just a second.  I think he's in the shower.
She turns on the cold water tap at the sink
A yell comes from the distance. 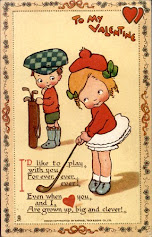 SHE: Yeah.  He'll be right down.
HE: Hey, I was in the shower!
SHE: Telephone.
HE: Oh. Hello.  Fine and what's the matter?  Let's make it eleven, ok? Sure. Bye.
SHE: You let that guy walk all over you.
HE: Naah – he wanted me in at nine.
SHE: Oh you toughie.
HE:  A will of iron.
SHE: (looking at the wet floor) You spring a leak?
HE: I like the wet look.
SHE: Not on my floor,
HE: Mine too; share and share-
SHE: I clean it, it's mine; cleanliness is nine-tenths of the law.
HE: I love it when you're forceful.  Come here and wrinkle my towel.
SHE: No perversion in the kitchen.
HE: I need an appetite for breakfast, which you weren't supposed to make.
SHE:  I got tired of french toast.
HE: I could have made omelets.
SHE:  With that cheese and god knows what all running out of the center?
HE: So I like mine with a little life in it.
SHE: To the showers, knave.
HE: Just trying to help.  I mean, it's my day off.
SHE: In ten seconds I'm going to put on Disco Duck and start dancing.
HE: I'm gone.

He leaves.  She pulls out a newspaper.  The shower starts, she continues reading.  HE starts singing an off—key opera.  SHE casually turns to the sink and hits the cold water again.  HE screams. 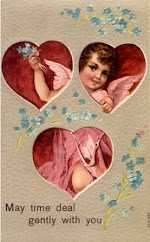 Scene fade out and in. 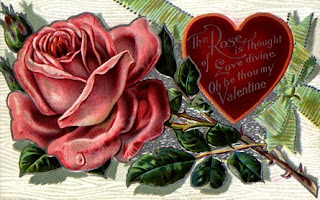 Fade out and in.

Dark.  In the bedroom.  Soft sounds of nature outside. 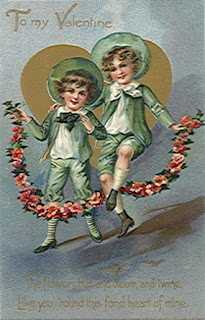 SHE:  That was a nice dinner.  Thanks.
HE: My pleasure.
SHE:  Sorry I was late.  One of the salesmen screwed up a contract...
HE: Don't worry about it. I know you're hot stuff.  I was held up at the  store,  anyway.
SHE: What for?
HE:  Some little kid was throwing grapes and shorted out the terminal.
SHE:  Little kid?
HE: You know, that dangerous age – between one and forty.  Good aim,  though.
SHE:  Beaned you, huh?
HE:  Right between the eyes.  You know, whenever I get a little weak brained  and think I'd like a kid,  I  just go to the market and that takes care of  me for a good six months.
SHE:  You were a kid once.
HE:  Yeah, but I outgrew it.
SHE:  Sure.
HE:  Sure.
SHE: By the way,  can we keep the stuffed penguin out of bed tonight?
HE: Sparkie sleeps where I sleep.
SHE:  Just don't hold him that way.  It looks so gross.
HE: What way?
SHE: That  way.  You look pregnant.
(rustling sounds)

HE:  Do you want to get married?
SHE:  I thought you just said you didn't want to have any kids.
HE:  I didn't say I wanted kids.  I said I wanted you.
(pause) 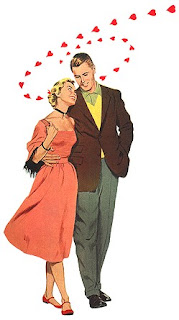 HE:  Good night Sparkie.
(The stuffed penguin sails across the room.)

It rings again.  The answering machine takes over.

MACHINE:  Hi,  this is Marsha.  You are getting drowsy, very drowsy.
Shortly you will be sound asleep but still able to hear my  voice.  When you hear the beep you will leave your name and  message and then forget ever having made this call.  Peep.
VOICE:  Hi, Marsha?  This is Dave calling. again.  Say,  if you're not doing anything this Thursday, how about seeing that new film over in Ridgeway?
(voice fades)

Program fades
Sound and picture out. 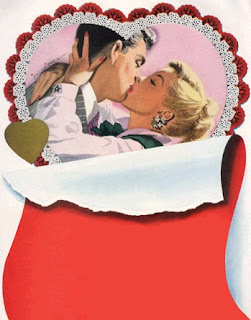 Posted by The Animating Apothecary - Perpetrated by Jim Middleton at 8:55 PM